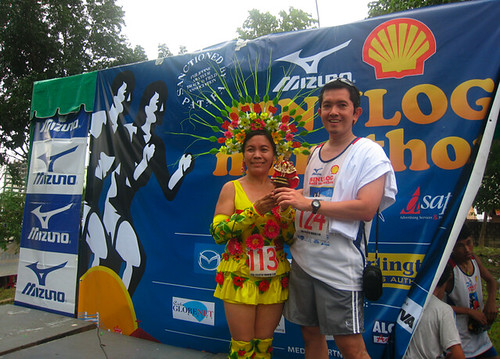 Dr. Renald Ramiro with the winner of the “Best in Costume” award

At six in the morning today (Jan. 19), Vice Mayor Michael Rama fired the starting gun as hundreds of participants pounded the cemented roads of the Asiatown I.T. Park. In the end, after the 5-K and 21-K runners had finished, it was a huge success. Here’s part of the story written by Sun.Star Cebu’s Norvie Misa (click here to read the full story)…

“A RUNNER from Davao City set a national record after topping the Mizuno-Shell Sinulog Half Marathon yesterday at the Asiatown IT Park, while Cebu’s marathon queen ruled the women’s division.

Bartolo, who is now the record holder of the 21K half marathon as the race is sanctioned by the Philippine Amateur Track and Field Association, said it was a neck-to-neck race between him and De Asis at the early stages before he increased his pace in the final 10 kilometers. Bartolo, a 21K and 42K finisher in Davao races, said he just arrived here last Friday after a three-day voyage from Davao City. “I thank God for giving me the strength,” Bartolo said and then telling the Cebuano runners, “Just keep on practicing.” Bartolo, who won the Dumaguete qualifier and finished 17th at the Milo Marathon finals in Manila last year, runs 15 kilometers every morning and works out in the afternoon six days a week.” 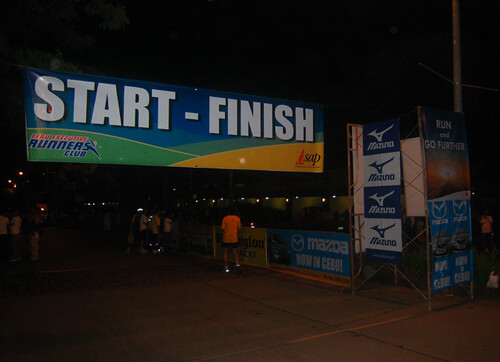 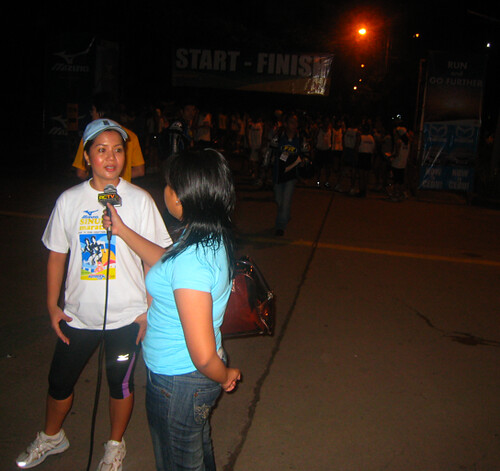 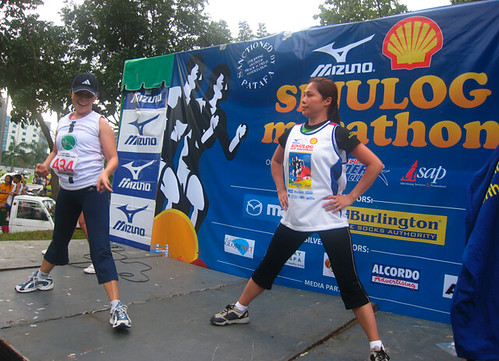 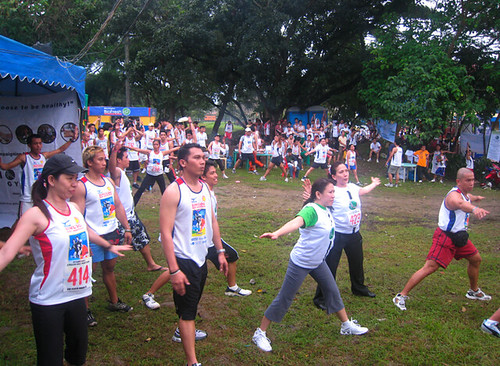