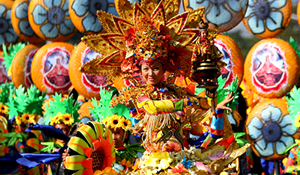 I can’t play the drums. Piano? Ha-ha. Back in high school, my mom enrolled me at Reyco, the famous music school near Junquera, and I lasted exactly TWO sessions. The guitar? Can I strum the guitar? Oh my. The only strumming I know is singing the “Killing Me Softly” song… strumming my pain with his fingers. Did I say “singing?” Don’t laugh but every time I sing, my nine-year-old daughter Jana covers her ears while my wife Jasmin asks, “Are you, uhm, reciting a poem?”

Seriously. I have ZERO musical talent. Same with my dad. And my mom. And my grandparents. My ancestors? I’m sure we’re all the same blood. The lone family member who has music bouncing in his veins?

Randy Pages. He’s the middle child in our brood of five and, it seems, all our musical talents were siphoned and injected in Randy. Though he doesn’t sing, he plays drums, can finger the piano and, best of all, he plays guitar like Eddie Van Halen. He even studied one full year at the Music Institute of America (MIA) in Hollywood, Los Angeles.

Why this music talk? In these sports pages?

Because I love music. And though I can’t perform it, one of my most inspired moments come when I close my eyes, sit on a soft couch, drop my shoulders, and open my ears.

Sports? And music? Ahhh… like tennis doubles partners, they get along. Consider this: Last year, a group of four Americans visited Cebu to conduct a three-day tennis seminar to children. You know what was one of the most important learnings they gave me and our coaches?

Play music. Yes. While tennis is usually a quiet sport—so unlike, for example, the boisterous, all-noisy, music-infested atmosphere of the NBA—these coaches forced us to play songs. And so we setup large speakers at the Casino Espanol tennis courts and, in between, instructions from the coaches, we blasted the volume to full and played Van Halen’s “Jump.”

The children jumped. They sprinted. Smiled an earful. They were pumped up.

Which makes sense, right? Because music is a drug. It’s like coffee. It’s an “upper.” The moment you hear your favorite beat, you tap your feet and dance your legs.

Here’s another example: The Nike iPod. I use one almost each time I run alone and the effect is momentous. Not only am I freed from the monotony of jogging by myself—but I’m hopping, skipping, jumping. And my head is rocking to the beat of, say, a song from Depeche Mode or Spandau Ballet.

Which brings me to today, the Sinulog. As we all watch the Grand Parade and marvel at the costumes and dances, think about it: It’s the music that makes us tick.

Take what happened yesterday at exactly 6 a.m. when Vice Mayor Mike Rama fired the starting gun to unleash the legs of 1,000 runners who joined the Mizuno-Shell Sinulog Half-Marathon. We played Sinulog music and blared it over the loudspeakers minutes before the start and hours after the finish. What happened?

The runners screamed and clapped. When we shouted “PIT SENYOR!” over the microphone and the drumbeats blared in the background, they sprinted and ran unleashed.

Thanks to music. Thanks to one beat named Sinulog.