For the past 21 years, I’ve followed the sport. I remember—long before cable TV was plugged to our homes—trooping to The Boulevard and Cafe Valeriano along Osmeña Blvd. to watch (beamed “live” via a huge satellite dish) Boris Becker diving for volleys to collect his three Wimbledon trophies. In the late 1980s, I recall seeing Ivan Lendl and Stefan Edberg in the “Fire and Ice II” showdown at the Araneta Coliseum. Then in ‘99, I had the opportunity to watch Andre Agassi lift the U.S. Open trophy in New York. And, just two months ago in Malaysia, I had the rare moment of shaking hands with Pete Sampras. Who, among all, do I consider the best of all time?

None of the above. Not Lendl with his three French and U.S. Open titles. Not Agassi, who’s captured the Olympic gold plus all the four tennis majors. And not even Sampras, the man I idolized the whole 1990s decade.

The best ever? Roger Federer. 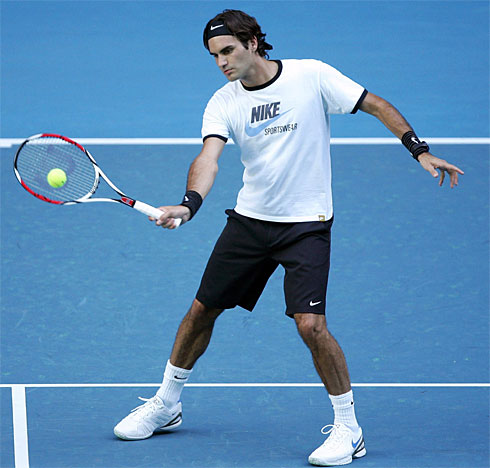 Because while I used to call Sampras’ game as “impeccable”—he owned the game’s best serve and could rifle forehands like a hired assassin—then I declare Federer’s game to be this: FLAWLESS. That’s right. There’s no flaw in Roger’s game. While Sampras’ backhand wasn’t a weapon—plus, he couldn’t rally from the baseline for more than 10 shots—Federer’s game is supreme and unblemished.

He can serve 135-mph aces. He can slice that backhand like a Japanese slices sushi. He can catch that orb in midair and smack it to the corner. He can sprint to the net, retrieve a drop shot, jump for a towering lob, slam-dunk that smash… In my 21 years of studying tennis, no one grips the racket and commands the strings to feather that ball like Roger Federer. 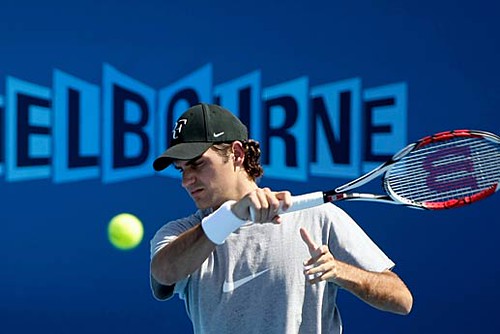 Which brings me to tomorrow, the start of the Australian Open. Will Federer win it? Wasn’t he stricken with stomach virus? Will he pull through? Yes, yes, yes. Why? Take a look at these…

2. He’s won 11 of the last 15 Grand Slam singles titles. Not even his fellow Nike endorser Tiger Woods can lay claim to such a winning percentage (73 percent).

3. His head-to-head record against the world’s top eight? Laughable. Though Nadal (world no.2) still leads their head-to-head, 8-6, the last five of seven matches were won by Federer. The rest of the Top 8? Novak Djokovic (world no.3): five wins (Federer), one loss. Nikolay Davydenko (4), it’s 11-0. David Ferrer (5), it’s 8-0. Fernando Gonzalez (7), it’s 10-1. Richard Gasquet (8), it’s 6-1. And, of course, the most infamous record of all: against recent Davis Cup hero Andy Roddick, Federer has won 15, lost one. Excluding Nadal, if we combine all the win-loss records, it’s Federer with 55 wins, only four losses. Can you believe that dominance?

And so picking Federer to win the Australian Open is as easy an option as, say, choosing Manny Pacquiao as RP’s greatest sportsman today. It’s undisputed.

But you want to know what motivates Federer the most? Two words: Pete Sampras. Lately, the two have become buddies. They played exhibition matches in Seoul, Kuala Lumpur, Macau—and, this March 10 at the Madison Square Garden in NYC, they’ll play again. But the extra motivator for Federer? Sampras’ 14-majors record. Roger has 12 and—with four majors this year—he has a good chance of surpassing his friend’s record. Plus, with a victory at the French Open (where he’s been runner-up twice), by years-end we might crown the Swiss as tennis’ all time best.

GOOD NEWS! Yes, the Australian Open will be shown live. Starting at 8:30 a.m. tomorrow, the first round of matches will be aired over Star Sports—and this will go on the whole day. Then, at 4:30 p.m. (RP time)—that’s 7:30 p.m. in Melbourne, with their three-hour time difference—the night matches start. Enjoy watching!