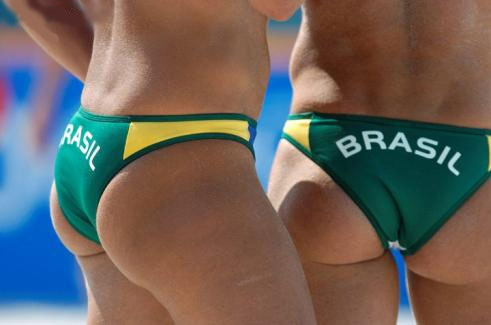 Last week, when I switched on the cable TV, my eyes widened at the sight of two girls in bikinis. Across them stood another pair of ladies wearing nothing but bra and panties. The Fashion TV channel? Where they show the world’s top models in scantily-clad wear? An “R”-rated film on HBO? No, no, no. The four ladies were long-legged and muscular; they jumped, blocked, and spiked on a mound of white sand beach much like our Boracay.

Beach Volleyball. Yes, that’s what it’s called. And in Brazil—where football, obviously, is the No.1 sport—beach volleyball is the second most popular sport. The event was the Brazil Open and it attracted thousands of spectators who trooped to wear yellow, wave green flags and cheer for their native Brazilians.

The women played first. In the finals, it was Brazil vs. the U.S. The Brazilians—Julie and Larisa—wore green tops with white bikinis. The Americans—Walsh and May—wore white and black bikinis. What a tiring sport, you think, while watching. Instead of the indoor volleyball (with six players aside), in beach volleyball it’s just two-on-two. They serve, toss, jump, smash, block. Flexibility is an asset as each player twists her body backwards, to the left, sprints front, turns to the right… 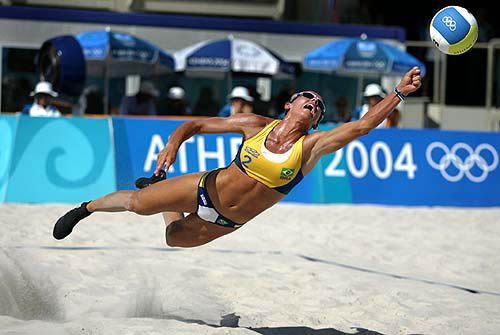 Beach volleyball is grueling. But here’s what I like about the sport: It’s not all power. While spiking is important, another quality that’s essential is “touch.” Yes, the ability to caress a soft shot just barely over your opponents’ outstretched arms when she expected a 100-mph kill. This combination of explosive power and finesse makes beach volleyball, from my watching, a thrill.

Take golf. Phil Mickelson drives the ball off the tee and smothers it to land 300 yards away. Minutes later, he’s holding a putter and, with a gentle nudge, feathers the ball to dip inside the hole. There’s power. There’s touch.

Like beach volleyball. What else? In this game… Height is might. So unlike chess or scrabble. During the Brazil Open men’s event, there stood an American (Hil Dalhaesser) who towered at 6-foot-9! 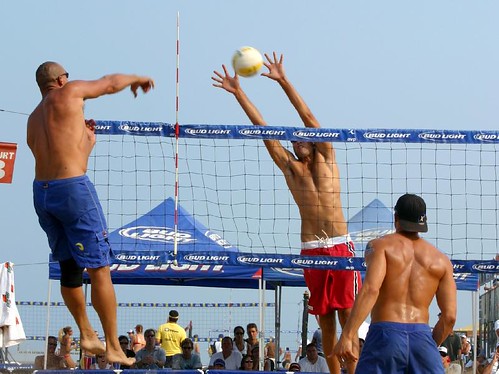 Here’s another realization: They’re tremendous athletes. Imagine covering an 8-meter by 8-meter court (the indoor volleyball court is 9 x 9) and, lest we forget, there are only two of you. That’s tough. And that’s why among all those Brazil Open competitors that I saw, everyone had flat abs and muscular legs.

Another input: Sand is ideal. Players jumped and dove straight to the white powder—and it never hurt. This is a perfect, no-harm sport. And perfect for Boracay where, each summer, the Nestea Beach Volleyball event is played. Unfortunately, although I visit the island off Panay each year, I’ve never watched the event. Maybe this April. 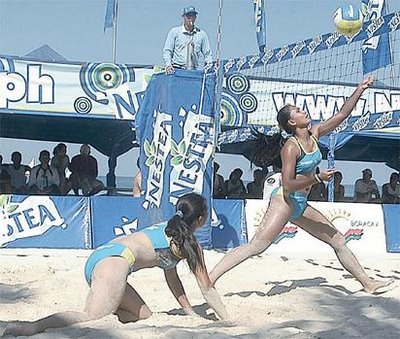 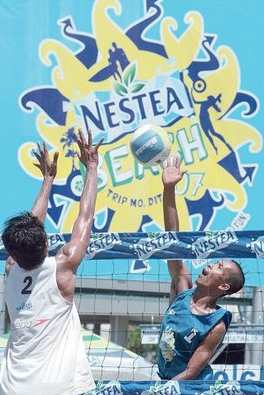 In the Brazil Open finale, the American women (Kerri Walsh and May-Treanor, the reigning Olympic gold medalists) beat the Brazilians (Julie and Larisa), 21-16, 21-14. Among the men, it was another U.S. vs. Brazil final but, this time, the hosts prevailed with the duo of Ricardo/Emmanuel (the Athens Olympics gold medalists) beating Todd Rogers and Dalhaesser, 21-13, 21-15.

Money? Does this sport have it? The world-wide circuit allots over $8 million in prize money and the top U.S. women’s team? They earned, just for this season, a combined $328,000. It’s not like golf, but that’s a lot.

In the next column or so, I’ll write more about volleyball. I enjoy watching the sport and remember trooping to the USC Gym a couple of years back to watch the RP team. The GUV Cup? Yes, I hope to write about that soon. Plus, I hope to hear from my good friend, the multi-awarded businessman and head of the Cebu Volleyball Association (CEVA), Glenn Soco.

In the meantime, if your eyes enlarge on watching sexy girls in bikini, watch Solar Sports. 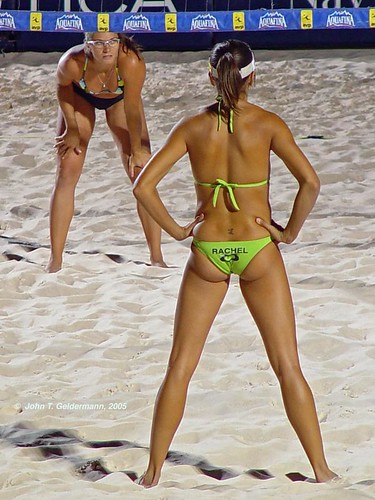