Two weeks ago, he was conferred as one of the 25 Emerging Leaders by Sun.Star Daily. Last year, the Entrepreneur magazine named him “One of the 75 Most Admired Entrepreneurs of the Philippines” and, in that same season, no less than Gov. Gwen Garcia awarded him the Garbo sa Sugbo trophy. The year before that, Ernst and Young nominated him as finalist for the title, “2005 Entrepreneur of the Year.”

Glenn Anthony Soco, 34, has achieved “fame and fortune” in business. He is the President of MIMS, one of the province’s biggest manpower services companies. He is the President of Powerline Human Resources Management, Inc. and the Executive VP for G.A. Satellite Ventures, Inc. Plus, you’ve probably sipped a cup of hot cappuccino at an establishment Glenn founded 11 years ago and which has grown to 29 outlets nationwide… Coffee Dream.

But Glenn is not all about harvesting money and brewing coffee. He’s also a sportsman.

I first met Glenn nearly two decades ago at the now-defunct Cebu Tennis Club in Banilad. He and I were no older than 14 years old when we swung our Prince tennis rackets alongside our fathers, Momoy Soco and Bunny Pages, who were members at the CTC. But while I continued with tennis, Glenn—mainly because of his imposing 6-foot-1 frame—pursued another sport: Volleyball.

Glenn first played the sport in first year high school. He didn’t stop. For the next nine years, he towered tallest. He served aces, spiked the ball, blocked shots. He played varsity for the University of San Carlos (photo of main campus below) and was the Team Captain in high school and college. He competed in national meets (Palarong Pambansa, PNG) and, in 1992, was drafted for the elite national training pool by the RP team.

But soon after college—with no USC uniform to wear and competition to look forward to—Glenn forgot about volleyball. Not until the year 2000. When helped organize the Cebu Volleyball Association (CEVA)—where, from Day One until today, he continues to head as president. And, since CEVA was organized, volleyball has become one of Cebu’s top sports—especially all around the province with the “Garbo sa GUV Cup.”

Last Tuesday, after I wrote about beach volleyball, Glenn sent me this e-mail:

“Hi John. Thank you for featuring volleyball again. It would be a big boost to our campaign and its very timely because there are some developments with our program. I like your write-up about beach volleyball and, yes, it is very applicable here in Cebu. 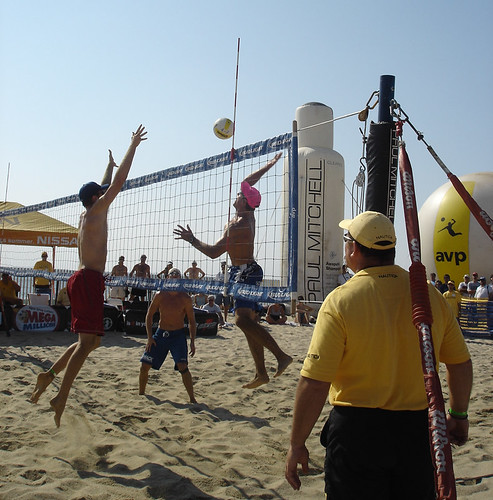 (Photos, including below, by Cerrone Dayo) 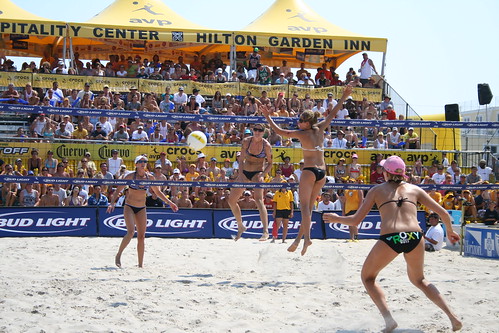 “We just need to promote it more by having more competitions. One of our objectives for CEVA is to have a beach volleyball court here in the city. Internationally, beach volleyball is evolving into a real spectator sport as you see the players with their sexy attire and the matches are designed and improvised to make it enjoyable for the spectators (some competitions have DJs playing popular music in between points and sets). The conditions are also more challenging for the players—that’s why it’s exciting to watch.” 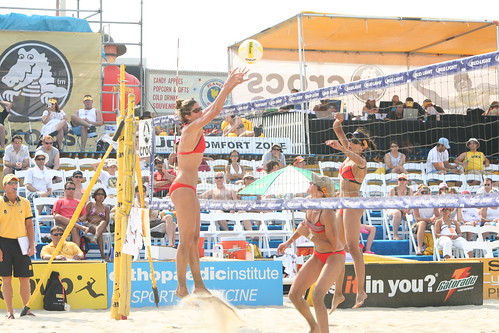