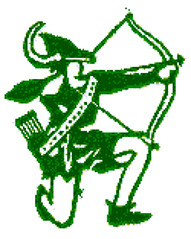 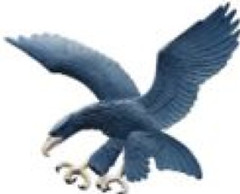 It wasn’t the NBA Finals. It wasn’t Manny Pacquaio vs. Marco Antonio Barrera. It wasn’t Tiger Woods or Roger Federer collecting trophy No. 3,805. It wasn’t even the Joey de Venecia expose against the First Gentleman.

I arrived at Hola España minutes into the First Quarter. As I entered, Cisco Jarque smiled. Ed Gonzales sat beside him. Bobby Martinez was at the center. Brothers Chito and Mark Cusi offered me a seat while Ryan Yu sat to the left. Gerry Malixi wore green.

Green. If you weren’t green last Tuesday, you were an outcast. You had no place to sit, stand, squat, or breathe inside Hola España, the cozy resto-bar along the Ma. Luisa Estate Park road painted one color.

Green. We all gathered to cheer for our alma matter. You see, after the past two games last week—losing to Ateneo then to the University of the East (UE)—La Salle was downtrodden. We thought we were out. Had little chance…

Ateneo? Last week, they sparkled in blue. The eagle soared amidst the bright blue sky. Twice, Ateneo beat La Salle during the regular season and, last Sunday, needed only to beat the ousted National University (NU) to advance to the No.2 slot. They booked an overnight party in Tagaytay to celebrate.

They celebrated too soon.

Very soon, La Salle rah-lied! First, by two points, then by four. Ateneo snatched it back. They led by three, then we climbed back. Tied. The game was a tug-of-war. No team led by more than six points. There were 13 lead changes, 10 deadlocks.

With 180 seconds left, the score was 63-all. Then 65-all. Came it get any closer than this? Finally, unlike the several last-minute bundled opportunities in the previous games, La Salle did not blink. Like a sharp-shooting Archer—like Robin Hood—with cheeks and fingers and eyes steady, La Salle unleashed a barrage of arrows to pierce and wound and maim the Eagle.

When the buzzer rang with the score, 80-79, and the clock read “0.0” and the Boys in Green and White raised their arms, we pumped our fists in the air. Yes! Then Gerry Malixi, ever the funny man, started the loudest chant of the day:

You know what that meant: If not for National University, we’d be playing the defending champions UST in a knockout match to face the twice-to-beat Ateneo. But now, it’s the reverse. Ateneo plays UST while we await—in Tagaytay?—with that precious twice-to-beat advantage.

Back to Hola: We celebrated. Laughed. Ordered more beer. Cheered like the thousands of other green bodies scattered around our 7,107 islands who’ve studied under the tutelage of St. John Baptist de La Salle.

Ateneo? Green with envy. And blue.