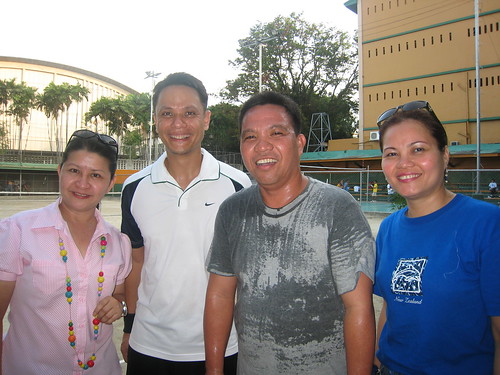 In tennis, when you say you “love” someone, that means you hate that person. It means you beat him with a score of 8-0. For in this game, “love” means zero.

Take the case of Fr. Antonio “Ton-Ton” Zamora, Jr. Early this week, Fr. Ton-Ton was in the mood for “love.” We were partners in the Intramurals of the University of San Carlos—the 40-year-old Parish Priest of Danao City taking up his Doctorate degree in Educational Administration; this writer enrolling in Education units to prepare for a Masters in Education diploma—and the two of us represented the USC College of Education.

Mrs. Ma. Corazon Medalla, the Chairperson for the Teacher Education Dept. of the College of Education, cheered throughout our matches. She jokingly remarked, “Fr. Ton-Ton is the only priest I know na walay kaluoy (who doesn’t have compassion).” I laughed. So did our coach, the youthful secretary of the Dean, Badette Andres.

At the end of the Intrams, we won the tennis championship—the first time ever for the USC College of Education—thanks to Fr. Ton-Ton’s “overflowing love.” 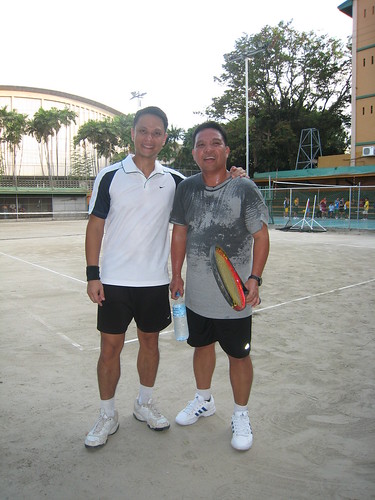 US OPEN. After the French Open and Wimbledon, now arrives the last grand slam tennis event for ’07. Here’s why this Open will be a thrill: It’s not just a Roger Federer vs. Rafael Nadal “rivalry.” Now, with the addition of world no. 3 Novak Djokovic (who, two weeks ago, beat them both), it’s called the “Trivalry.” Does Djokovic have a chance to hold the trophy? Of course. His backhand is best among all. He’s mentally-strong. He’s 6-foot-2, lean, and—like my favorite, Ana Ivanovic—hails from Serbia. My only complaint? He dribbles the ball up to 20 times before serving. What a Djoke!

MIZUNO CUP is one of the biggest football events of the year. Yesterday, children as young as five years old and students and teenagers played; today, it’s the turn of the adults. Organized by Wendell Villacin and Neil Montesclaros, together with the Cebu Football Association, if you’re a soccer fan, drop by the Cebu City Sports Center today.

KOBE. I’ve never been a fan of Kobe Bryant. As much as he wishes to be the next Michael Jordan, he’s far too cocky and buaya. And while I used to be a big Lakers fan during the days of Magic and Kareem, when Shaq left L.A. and Kobe stood by his loneself, I, too, left and exited as a Lakers fan. But now, the 29-year-old is leading Team USA to the Olympics. And for this, he gains my respect. Why? Because he wants to reclaim the lost American glory. Remember how the U.S. squad was unbeatable throughout the 1900s? And how they were shamed at the 2004 Athens in 2004? With Kobe as leader, I see them wearing gold next year in Beijing.

PAL INTERSPORTS. Only a few days to go before a major spectacle lands in Cebu via Philippine Airlines. It’s the 30th PAL Intersports—a gathering of 1,000 executives to play in six sports (basketball, bowling, tennis, golf, billiards, and badminton). As much as we’d like Cebu to win the overall title, what’s most important is this: We are hosts. Let’s welcome our guests.

PACMAN. I can’t wait to face Manny Pacquiao. Face-to-face. With shorts, socks, rubber shoes on. I’m not kidding. This 10 to 12 in the morning, our sportswriters group will challenge Manny and his basketball team at the Cebu Coliseum. But if I get the chance to guard Manny one-on-one, I’ll stand five feet away. Why? I wouldn’t want to be in this headline news: MANNY CANCELS BARRERA FIGHT, INJURED IN BASKETBALL BY CEBUANO SPORTSWRITER!