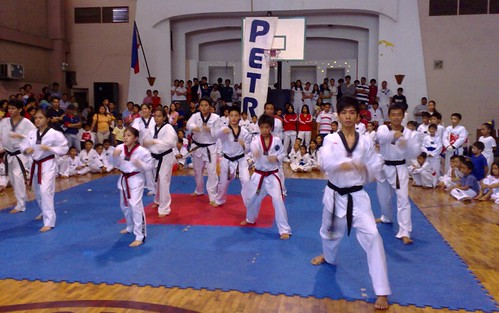 “I’ve been running since 1996,” said Tony del Prado, “and was able to influence a few into running. One of them is my brother, Dr. Pons del Prado (who, in turn, convinced Dr. Yong Larrazabal to join the sport). I still run seriously but I avoid hitting the roads so as to avoid foot injuries. I’ve always had plantar fascitis. I do 99% of my running on the treadmills of Holiday Gym. I think I hold the record there for most number of minutes (over 3 hours) on a treadmill. Ha-ha.”

Tony, 47, has joined many races in the past. “But my favorites are the Singapore and Hong Kong marathons. It’s a yearly event for me and my brother. It gives us the motivation to maintain our fitness level. Although we only competed in the ‘half,’ it was exhilarating. The last HK marathon attracted 40,000 runners!”

“People often ask why I run even if I have no chance of winning,” Tony added. “I quote Tanya Lara of the Philippine Star who ran the San Diego Rock & Roll Marathon: ‘Because I wanted to do something that required everything I have inside me to accomplish; I wanted to push myself to the point of quitting and hurting so much and yet be able to still that whiny little voice inside; I wanted to be able to cross ‘run a marathon’ off my list of things-to-do-before-I-die.’”

Running. That’s what Tony del Prado does for exercise. But his main sport? The activity that has kept him busy?

TAEKWONDO. Like I wrote last Sunday, Tony is the head of Cebu Taekwondo. And he and his team have been busy. “As a former corporate guy (Credit and Collection Manager of Citibank), I am a believer in constant training and equipping. Just the other week, we sent four Cebu instructors to the Pomsae (forms) Instructor’s Certification in Manila. They all passed the grueling 3-day course and now have international coaching certifications,” said Tony.

“We have tournaments almost every month. The Regional Age Group is on August 5 in Danao City and the Regional Interschool on Aug 26. We’ll have the Milo Little Olympics in Sept. and the Cebu City Olympics and Visayas Taekwondo Age Group in Oct.” 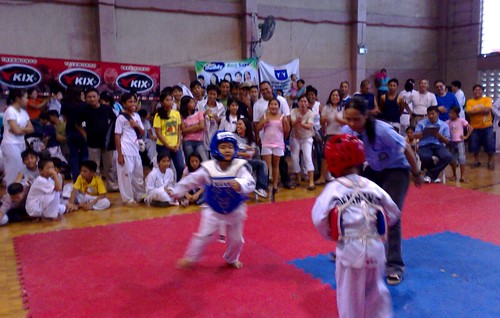 And, just last Sunday at the Cebu Doctors’ University gym, it was the Regional Taekwondo Championships. “It was the largest Taekwondo crowd ever in Cebu,” said Tony. “Parents along with lolas and lolos attended while cheering wildly for their players. There were times when the crowd was really ecstatic. That was the loudest crowd ever in Cebu Taekwondo.”

Palarong Pambansa champion Jenessa Vergara and John Bas likewise convincingly won their respective divisions. Both will be competing in the National Samsung Best of the Best Championships which will be held in Sept 2007 at Glorietta, Makati Commercial Center.

Perennial winner John Paul Tomarse also won a closely fought contest against fellow Jr. Blackbelt Juphert John Remollo. Tomarse who has not lost in regional tournaments for the last couple of years met stiff opposition from fellow 12-year-old Remollo who himself showed maturity in his game. 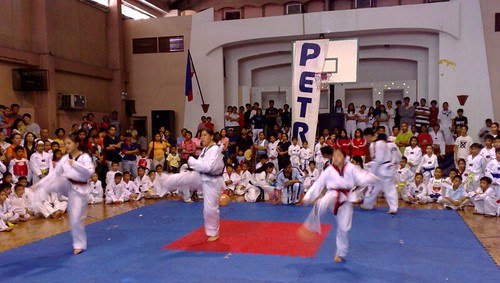 I asked Tony—whose eldest son (he has three children) is a 3rd dan blackbelt and 3rd year college student (and former varsity) at the Ateneo—why he’s helping sports.

“It’s probably the Atenean in me,” he said. “I believe in making a difference in the lives of others. I have seen lives (especially the instructors) being changed as a result of our work. Yes, involvement in sports is, at times, disappointing but watching the instructors grow into better persons is what keeps me going. Momentum is on our side. We have a fairly big base of tkd practitioners and an able group of instructors. We expect more success in terms of producing champions in the next two years.”“As a leader, I always find joy in seeing people under me develop. It has been my principle to make myself smaller so that my people will become bigger. After more than two years at the helm, I’m proud to say that we have developed new leaders. For that is our main role as leaders—to develop new ones and duplicate ourselves. That way, we also duplicate our success.”

Tony, you deserve a bow. 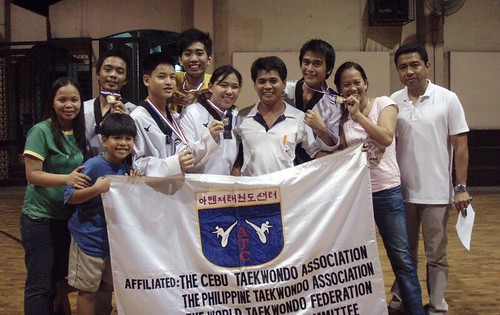