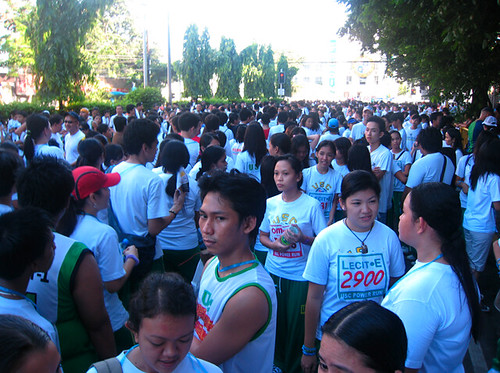 LAST SUNDAY at 6 a.m., I stood alongside 3,000 college students wearing green jogging pants and white T-shirts marked “USC.” I stretched, jogged in place, chatted with Andrew Jimenez (my buddy from the Rotary Club of Cebu West), then stood in line ready to join the University of San Carlos (USC) Power Run. When Fr. Vic Uy, the school’s Vice-President for Finance, pulled the trigger to start the stampede, thousands of rubber shoes pounded the asphalt.

I ran the 10K. The route started at the Provincial Capitol, traveled straight down Osmena Blvd., weaved through Gen. Maxilom and Gorordo avenues, cut through the middle of the Cebu Business Park, traversed along Juan Luna Ave., then pedaled the same route back to the Capitol end line.

Sweat drenched my sleeveless shirt. My shorts felt as wet as swimming trunks. My heart pumped 160 beats per 60 seconds. In the end, after 56 minutes and 46 seconds of running, I crossed the mark with the big banner at the top that said: FINISH.

But two doctors I expected to see were absent: Dr. Vic Verallo and Dr. Potenciano “Yong” Larrazabal III. You see, the other Sunday, July 22, they joined a longer run. It wasn’t the 10K or 15K or 21K. It was the full marathon: 42.195 kms. It was the Milo Marathon. And from Cebu, four represented the Cebu Executive Runners Club while six came from the “Run For Sight” team.

Dr. Vic Verallo finished in 4 hours, 39 minutes—a 17-minute reduction from his previous time of 4:56. I sent him a text message later that day saying, “That’s great to hear. You must be exhausted but exhilarated!”

“Thanks John,” Dr. Verallo replied. Ever the funny person, he then said: “Exhausted….. but no exhilaration.” I laughed. 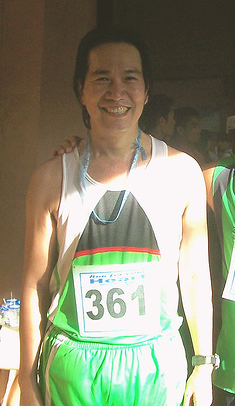 Dr. Yong Larrazabal sent me this message: “Hello John. Finished the Milo 42K marathon in 4 hours, 23 minutes today in Manila. This time I ran all the way without cramps.”

Amazing finish, Yong. A few months back, the top doctor ran his first marathon—the Pasig Marathon—in close to 5 hours. Cutting that time by 30 minutes is astounding.

But here’s the biggest news, relayed to me by Dr. Peter Mancao when we had breakfast with his Florida-based brother, Dr. Jojo, at the Casino Espanol after last Sunday’s race.

Doctors Yong Larrazabal and Peter Mancao will, this November, be joining the New York City Marathon. The largest marathon race in the world, they’ll be running with 37,000 others starting from Staten Island and finishing at Central Park. 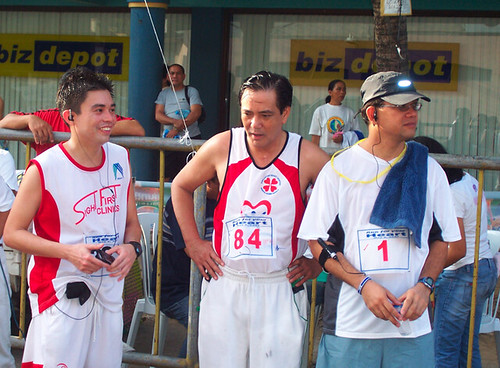 “Over 190,000 runners applied to join the race,” Dr. Mancao told me, “but only close to 40,000 were accepted.” Wow. The two top doctors applied via the internet and, with the help of Dr. Mancao’s brother who’s based in New York, they received the good news last week.

“I’ll finish the race in two hours!” declared Dr. Mancao. Two hours? The 42K marathon? That’s below the world record! I told him. He laughed. “I intend to run for just two hours… never mind if I don’t finish!” he said. Now, I laughed.

Last year, I’m sure you read the news, Sen. Pia Cayetano and business mogul Fernando Zobel finished the NYC Marathon—together with Lance Armstrong, who called it “without doubt the hardest physical thing I have ever done.”

Sen. Cayetano clocked 4:06—finishing 14,080th overall from among the 37,954 finishers, while Fernando Zobel was equally fast: he finished in 4:08. The top Filipino finisher was Jon-Jon Rufino who clocked 3:45. In all, there were 38 Filipinos who joined.

This November 4, two Cebuano doctors will be added to that roster of proud Filipinos. They’ll run not 5, 15, or 27—but 42K. They’ll start from Cebu City and finish in Central Park, New York City.