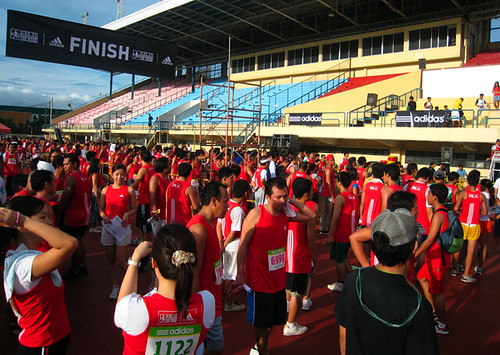 It’s a Sunday morning and my alarm rang at 4:45 a.m. I made coffee, checked my e-mail, showered, dressed, and headed out the door with my wife Jasmin and daughter Jana to join the Adidas 5K race named “King of the Road.” When I arrived at the front of the Cebu Normal University, a sea of red swamped the road. Adidas outfitted 3,474 runners with red sleeveless shirts and three white stripes. Wise move. When the gun fired at exactly 6 in the morning, running shoes banged against the asphalt road of Osmena Boulevard.

The 3K race runners made a U-turn near Cebu Doctors’ University Hospital while the 5K runners turned left after Capitol, headed for Jollibee Guadalupe, turned left along V. Rama, then left at B. Rodriguez Ave. then right to Osmena Blvd. until the runners finished at the Cebu City Sports Center. 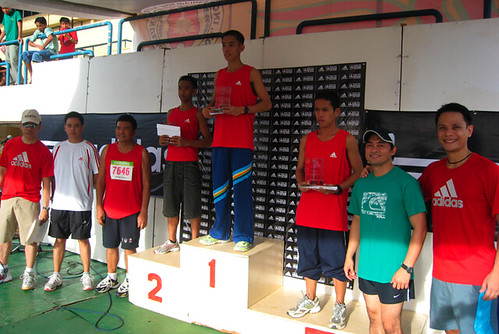 Like any race, it was fun. And fulfilling. You get the “runner’s high” when you cross that finish line. You sweat. Your legs stiffen while your heart jumps inside. It’s fun.

Ricky Ballesteros, the co-organizer of the Adidas run and the head of the Cebu City Sports Center, is one man I truly admire in the sports world. Ricky stood on-stage to award the winners. Along with Carlwin Muldong, Adidas’ representative, he invited me (as incoming Cebu City Sports Commission Commissioner) and Cebu City Councilor Edgar Labella on stage. It was my first time to meet the Councilor and we talked about running.

“Every 4:30 in the morning,” Councilor Labella told me, “I run here, at the oval of the Sports Center. I run 20 rounds (that’s eight kms.) about five to six times a week.” 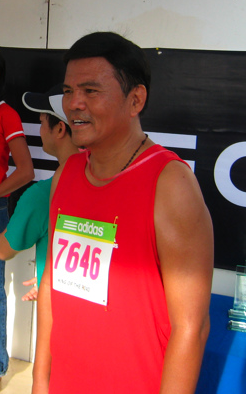 The Adidas “King of the Road” was a big success. It was so successful, in fact, that they ran out of shirts and singlets for the participants. When I enlisted at the Adidas shop at the Banilad Town Center (BTC) earlier this week, we were told there were no more 5K entries. That’s what happens when nearly 3,500–more than they expected–join. 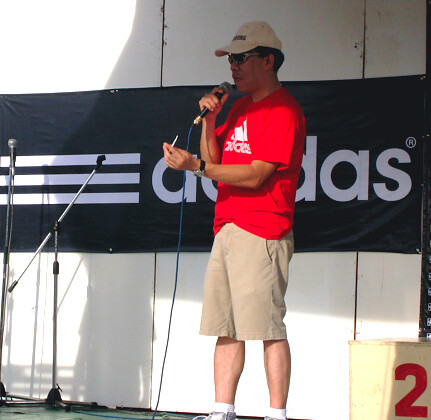 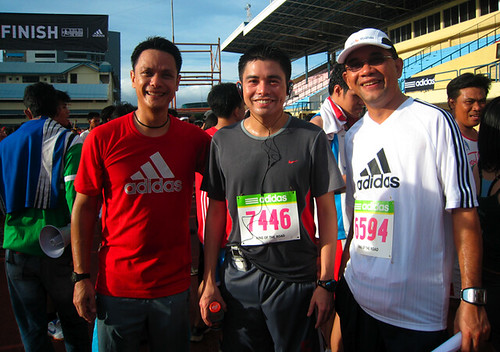 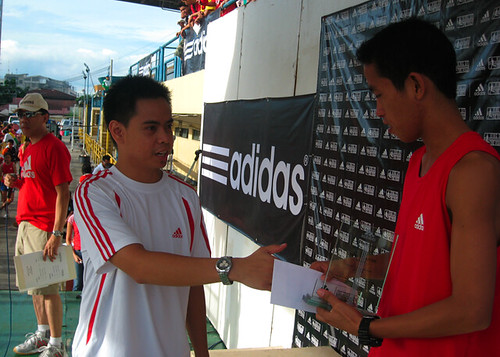 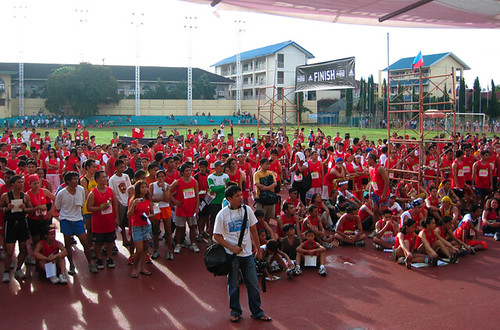