OF ALL the 728 movies I’ve watched, one of my all-time favorites is ‘Rocky.’ Who hasn’t seen Rocky? Who doesn’t know him? Who didn’t clench his fist when he sparred inside the freezer against those slabs of meat? Whose heartbeat, upon hearing the Rocky theme song, didn’t bang against his chest? And whose tears didn’t drip when he was bullied and spat on by Apollo Creed?

Rocky. Was it all boxing? No. Sure, two men wore gloves and gripped those teeth guards under their noses. And sure, we saw plenty of uppercuts, jabs, KOs, and blood. But, amidst all this, Rocky stood beyond boxing.

Rocky was about the spirit. The human spirit. That indomitable muscle beneath the shirt that screams, “I’m never gonna give up!” Rocky had the eyes of the tiger. He awoke before dawn, jogged while snow fell, climbed the steps and raised his arms at the Philadelphia Museum of Art. Rocky introduced the world to a new training regimen: Drink a half-dozen eggs—all raw—after workout. 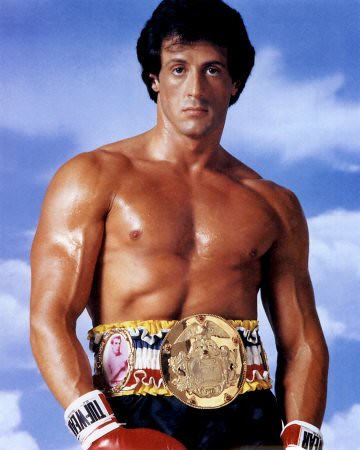 The original ‘Rocky’ was filmed fast-track—only 28 days—and budgeted on a measly $1.1 million. It was such a low budget film that members of the Stallone family played minor roles: his father rang the bells to signal the start and end of the rounds, and his brother played a street corner singer. Well, this same ‘Rocky’ grossed $117.2 million and snatched three Academy Awards including the Best Picture of 1976.

Rocky Balboa is Sylvester Stallone. He dreamt of the story, wrote the script, starred on it, and went on to become one of Hollywood’s most famous men. The original ‘Rocky’ movie spawned four sequels, Rocky II, III, IV and V.

Well, well, guess what? After 30 years last December, you know who came back. “Rocky Balboa.” Would you believe it? A Rocky VI? And Stallone, now 60 years old, climbing the ring? Well, believe it or not, Rocky’s back! As the tag line reads, “The Greatest Underdog Story of Our Time… Is Back For One Final Round.” 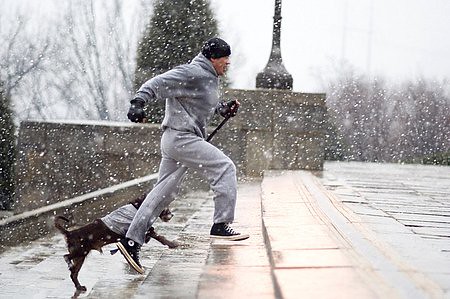 If this sounds impossible, remember, Rocky has always been about “The Impossible Turned Possible.” Wasn’t this the original story? Didn’t Apollo Creed, then the undefeated heavyweight champion, laugh and joke at Rocky? Who’d have believed then that Rocky had a chance? Nobody. He wasn’t just the underdog. He was the under-under-underdog.

But now, a 60-year-old? Back on the ring? Against the world heavyweight champion (played by real-life boxing champ Antonio Tarver)? I know what you’re thinking: This isn’t impossible… its CRAZY! Yes, you’re right, it’s crazy. But then again, back in 1976, who’d have thought this movie would be one of Hollywood’s all-time greats?

Stallone was involved in a series of interviews before the film showed. Here are some excerpts:

HAS-BEEN? “I am a has-been. I mean, there’s no question. You’re never what you were, you’re only hot once. Everyone, the first few years of being hot, is kind of on their way to being a has-been. It’s just that ‘’has-been’’ has a terrible connotation. Has-been is a good thing. You have been something. Alright, so at least you were there, instead of a never-been, you know? I’m certainly not what I was, but there’s still something to contribute.”

UNDERDOG. “Maybe the way I was raised. Not feeling very special, and everything came hard. I was thin so I started exercising. I wasn’t very good in school, so I self-educated. Everything just came hard. Still does — just always a lot of work. And every time I get in an elevator, the guy who’s working the elevator, I think, This is his life, up and down. That’s it. When he was growing up, I don’t think he planned on going up and down in an elevator or working underground at two in the morning, freezing trying to fix a broken water main. So, those guys, they fascinate me. I just like those characters.”

TRAINING. “I’ve gained about 40 pounds so I am now a legitimate heavyweight for the first time (laughter). It only took six films. In the first one, I was a middleweight. In the fourth one, I was a light heavyweight. I’m definitely a heavyweight now. I don’t do as much exercise. I do it three times a week. I just focus on not trying to push too hard. Mainly, it’s diet. I eat well five days a week and on two days, I just go absolutely crazy (laughter). I eat every piece of junk in the world and then I feel guilty for the next five days and don’t eat. That’s how you work. Guilty. Unguilty. Guilty. Unguilty (laughter).”

IN SHAPE? “I think when you reach a certain age, you’re never in good shape. Something is always broken (laughter). You learn to live with the condition. This hurts, that hurts—you just try to work around it.”

AGE. “I am 60 years old. I don’t believe that people, just because they get older, have to abandon their dream or their ability to want to do something. So the movie is symbolic of still wanting to participate. Rocky says the last thing to age is the heart. The reason I really wanted to do this film is to show that our generation is not outside looking in—it’s still vital. We want to be part of the parade, not watch the parade.”

I saw the movie early this year. If you haven’t yet, rent or buy that DVD and you’ll emerge from the experience with one thought: Age isn’t a number, it’s a state of mind.