Last night, I watched the French Open men’s finals at the Cebu Country Club with my best friend in tennis… Macky Michael. He rooted for Roger; I wished Rafa would win his third.Macky brought along an unexpected gift: the Swiss flag. He waved it as he entered the room and declared that tonight is the night for the Federer Express. 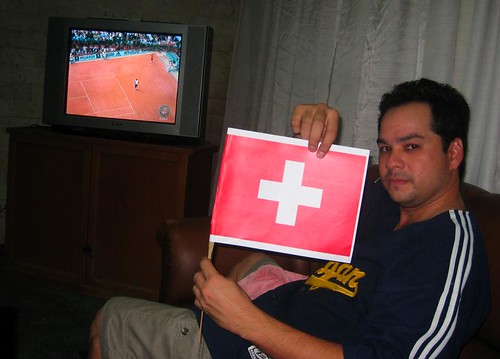 When the match conluded nearly 1 a.m. (RP time), that’s the word to best describe this loss to Roger: Sayang. In all, he finished with 16 unconverted break point chances. Had he converted those… we never know. The world today might be shouting the words: ROGER SLAM! 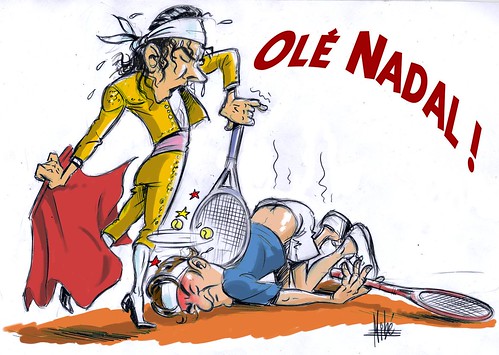 But it’s not to be. Nadal, in my mind, is the best-ever Roland Garros champion I’ve seen. Since the 1980s, I’ve watched Mats Wilander, Ivan Lendl, Jim Courier, Sergi Bruguera, Gustavo Kuerten and a bunch of Spaniards named Moya and Costa–but there’s only one Rafael Nadal. He can beat them all. His topspin shots carry so much spin they scare opponents. He’s tough physically and mentally. He’ll break you down. A 22-stroke point? Good. Another 24-stroke point? Perfect. That’s his style. He’ll pummel you, stab at you, punch you, annihilate you, stick his Babolat racket down your thrown until your willpower finally declares, just like Federer did… “NO MAS!“