THEY’RE CALLED HELMETS. Their singular purpose is to protect your head. In case you meet an accident while riding a mountain-bike or sitting on your Yamaha two-wheeler, you’ll be saved from serious head injury. And so everybody should wear a helmet. It’s the law. It’s safe for riders. It’s a must. Unfortunately, especially on early mornings or late evenings when CITOM is not watching, many don’t snap one on. Unlike George W. Bush.

Here’s a story I wrote in August 2005. That was nearly two years ago, but the message is still true today.

DR. RONALD EULLARAN steered his Trek mountain-bike down Nivel Hills passing through the Ford Motors showroom. Zoom! A group of eight riders dashed past him at over 50 kph. In seconds, the group’s lead person wobbled, his handlebars rocked as he flew off the saddle and, like fallen rock, rammed against the asphalt. His fellow bikers braked hard, hailed a taxi and sped off. In disbelief, Dr. Eullaran pedaled on, arriving at Chong Hua Hospital minutes later to attend to a patient. There, breathing yet unconscious on the Emergency Room table, laid the biker. His face and head oozed with red liquid. He wore no helmet. 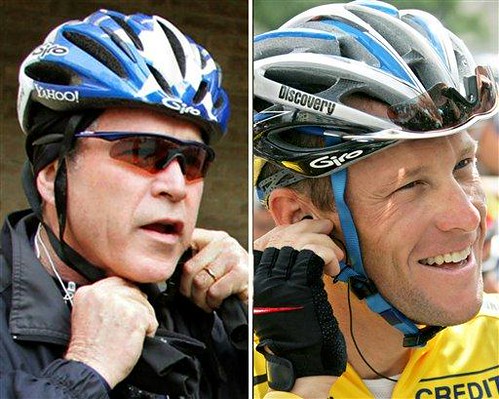 If these men wear one, then you should!

Last November, my bike and I climbed the hills of barangay Guba as I descended on a steep hill. I pressed the front brakes too hard, glided off the bike and banged my head to the ground. Blood gushed out of my right lip and cheek. Thank God, I never felt dizzy, suffered no headaches. I wore a helmet.

Kirk Gaabucayan is one of the top guns at pharmaceutical giant Pfizer. He experienced a worse biking accident in 2001. “I slammed my chin first, then my head rolled. My sunglasses broke and the top part of the helmet cracked. If not for my helmet,” he said, “I would have fractured my skull. For sure, I would have had brain damage.”

Dayling Acoymo works as an accounting officer in our family business. One night after work, she took the jeepney, got off at a busy corner and hailed a “habal-habal (motorcycle-for-hire).” Just as they drove off, the motorcycle skidded and knocked her off the bike. She suffered bruises in her face and head.

She wore no helmet, same as the driver.

Philip Lim is one busy architect. But on weekends, he finds time to smell the mountain air of Cebu’s outdoors. Two years ago, he and buddies Alan Choachuy and Terence Fernandez biked all the way to Tops. On their way down Busay, Philip spotted a dog and slowed down. Seeing the dog had already crossed the road, he pushed the pedal down hard to gain speed. In a split-second, the dog ran back. “I hit the dog then flew straight to the concrete,” he recalled. “Head first.” Philip’s helmet cracked open. His head did not. For two weeks, he suffered headaches. “If I had not worn a helmet,” he told me over the phone yesterday, “I wouldn’t be speaking to you now. I would have died.”

Four times weekly, I leave the house before six in the morning to play tennis at the Sancase club in Mabolo. What I see each time is both funny and sad, and can only be described in one word. Stupid. I see motorcycle drivers bringing helmets. Good. But guess what? Instead of strapping it onto their heads, they let the helmets hang off the handlebars. (“There’s no CITOM at this hour, so why should I put it on?”) If not bringing a helmet is stupid, what do you call those who bring one but don’t use it? Very stupid.

Research in the US concludes that head injury is the leading cause of death and permanent disability in motorbike and bicycle crashes. Cyclists who wear helmets are 14 times less likely to be involved in a fatal crash than those who wear none. Helmets reduce the risk of serious head and brain injury by as much as 88 percent.

I now appeal to Mayor Tommy Osmena and the rest of our city council, in particular Councilor Edgardo Labella (the chairman of the committee on laws, ordinances, public accountability and good government) and to the Association of Barangay Councils (ABC) president and ex-officio member Eugenio Faelnar:

Compared to a couple of years back, we’ve improved a lot. Today, since City Ordinance No. 987 was enacted requiring motorists to wear crash helmets, in most of the major roadways, more and more are wearing head gear. But we need to do even more. Look at the “habal-habal” drivers. From where I live in Talamban, rarely can you find one with head gear on. 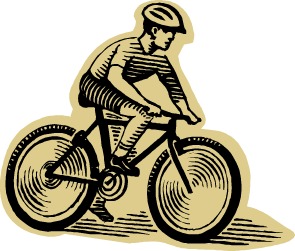 Please, have the brains to protect your brain.